The Great Wave was wildly popular with impressionists and postimpressionists in Paris—above all Van Gogh, who was such a fan he replicated some Japanese prints in oil paint.
1832 / Katsushika Hokusai
SEATTLE ASIAN ART MUSEUM
In the Well of the Great Wave off Kanagawa, to use its full title, is probably the single best-known work of Japanese art. This woodblock print by artist Katsushika Hokusai (1760–1849) is the first in a series of prints titled Thirty-six Views of Mount Fuji, originally created to satisfy Hokusai’s fascination with the peak.
Hokusai brings astonishing skill and movement to this relatively straightforward medium. He captures a frozen moment of high drama: A monstrous wave is poised to crash on the slender fishing boats bobbing in the sea. In the far distance, the mighty snow-strewn Fuji resembles a white-capped wave. It invokes the sublime, reminding us of our relative helplessness as humans against the thunderous power of nature.
This is also the most famous example of the ukiyo-e Japanese print technique from the Edo Period (1615–1868). Ukiyo-e, translated as “pictures of the floating world,” were revolutionary in their depiction of the lower classes of Japanese society, who were newly flexing their cultural muscles and creating their own art, literature, and theater. 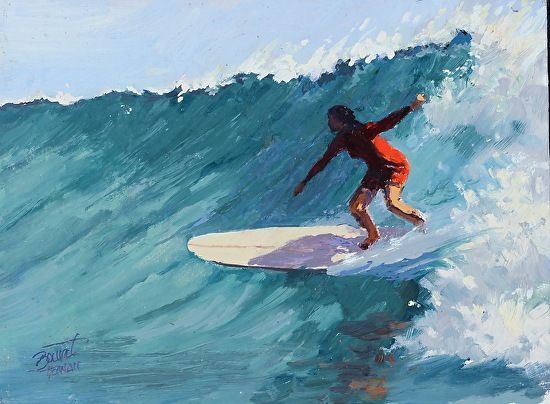 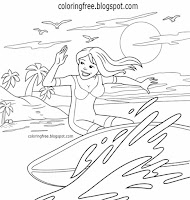 
Can You Name All 50 Famous Paintings In This Quiz?
Do you remember Art History from school? Are you the type of person who loves to spend all day at museums? If so, this is the quiz for you! Test your knowledge and see if you can identify all 50 famous paintings.

2. What is the name of this painting?
False Mirror
Lady with an Ermine
Monet's Water Lilies
First Steps
No comments:
Etiquetas: TO STUDY ART IN ENGLISH What kinds of TV shows do you hear?

How to Draw a Swimmer